I Did Not Want to Be a Mother:
A public lecture by Trifonia Melibea Obono

Please join the Program in Sexuality Studies for an Open House in our newly-revamped lounge space in Smith Building.

We have redesigned the space to be more inviting and to house our fledgling library, donated by alum, Phillip Poovey. We will have good food and drinks and even a few door prizes.

The ‘challenge of the century’: transnational LGBTQ activism and the birth of Britain’s radical HIV/AIDS movement, from Thatcher to the 1990s.

George Severs, U. Cambridge, and U California, Riverside

This paper examines the history of Section 28 of the UK Local Government Act 1988, which forbade local authorities in the UK from ‘promoting homosexuality’. Section 28 was spoken of in the gay press as the “challenge of the century,” sparking the largest movement of lesbians, gay men and their allies in British history. Despite this, very little scholarly attention has been paid to Section 28, and that which has is often blinkered by assumption.

I take on two major misunderstandings about the Section’s history: that it was the brainchild of Prime Minister Margaret Thatcher, and that Section 28 had no impact. Though many people in the academy and the media speak of Section 28 as “Thatcher’s Clause,” my research shows that, in fact, Thatcher had no part in its drafting and in its passage through parliament. Her broad assaults on left-wing Labour-controlled councils have been confused with direct support for Section 28, which has served to blind us to the wider cast of actors at work in this story. Moreover, because no council was ever charged with contravening Section 28, many have written it off as an ineffectual piece of legislation. I argue, however, that looking at the last rung of the legal ladder is not a fit model for determining the impact of the law. Instead, I demonstrate that Section 28 was implemented across several councils, with lesbian and gay groups stripped of their funding and ostracised from the local council. Yet the main impact Section 28 had was in creating a large, diverse movement of resistance to it. I chart the history of this international movement, and show how it directly spawned the radical HIV/AIDS movement of the 1990s.

To request a copy of the pre-circulated paper, please write to Prof. Susan Pennybacker (pennybac@email.unc.edu) 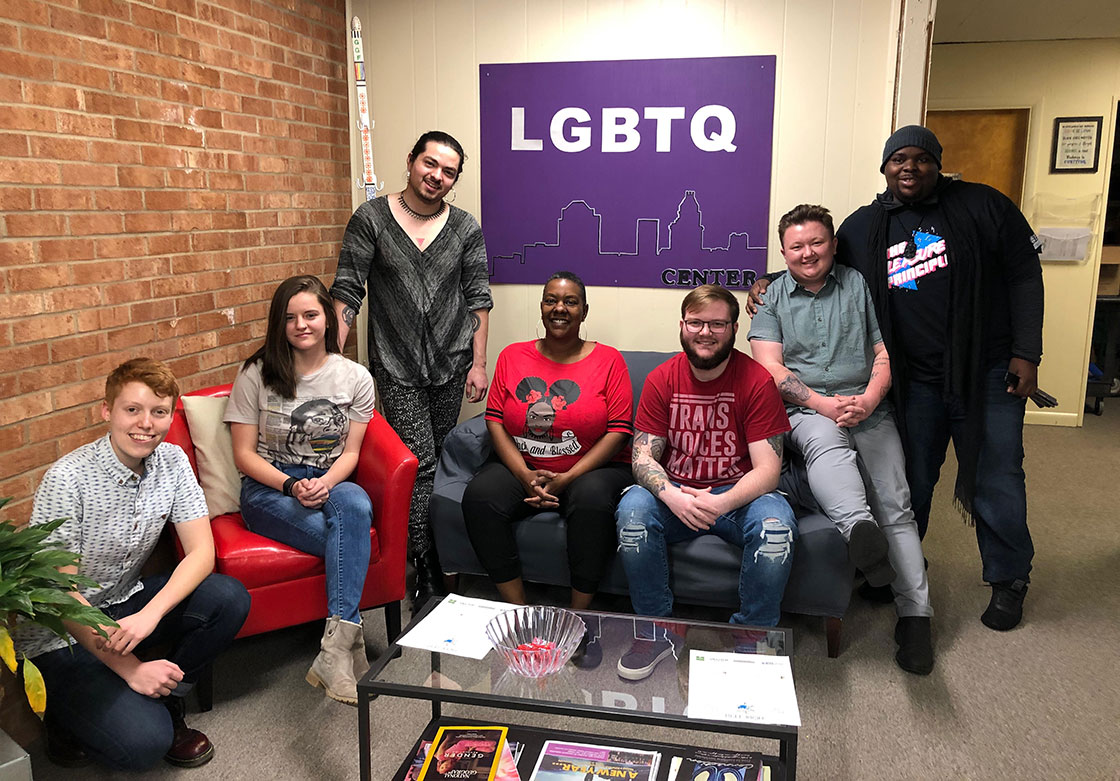 The Rural Youth Empowerment Fellowship Program, hosted by the statewide LGBTQ non-profit organization Equality North Carolina, is seeking applicants for their 2019-2020 Fellowship cohort. The deadline for all applicants is 11:59pm on Monday, September 23, 2019.

Equality North Carolina is committed to cultivating a diverse cohort of fellows. As such, they especially welcome applicants from underrepresented backgrounds, including but not limited to: black and brown folks, people with disabilities, DACA or undocumented folks, individuals from lower income backgrounds, first generation college/community college students and recent graduates, and/or people living with HIV/AIDS.

For more information, please visit their website here. The application link can be found here. If you have any questions, please email fellowship@equalitync.org.

Join us for a conversation with filmmaker Rhys Ernst on Thursday, August 29 at 5:30pm in Toy Lounge (4th floor of Dey Hall).

Rhys Ernst is a filmmaker and artist. He was a Producer and Director on Amazon’s Transparent and created the title sequence for the series. Ernst was nominated for a 2015 Emmy Award for directing and producing the webseries Transparent: This Is Me, which won a Special Recognition GLAAD Award. In 2016 he teamed up with Focus Features to create the online series, We’ve Been Around. In addition to the 2014 Whitney Biennial, Ernst has shown work at Sundance, Oberhausen, and The Hammer Museum; he has won awards at Outfest, Chicago International Film Festival and the LA Transgender Film Festival; and he was a Point Scholar, a Project Involve Fellow, and was awarded with the 2015 Point Foundation Horizon Award and the ACLU Liberty Award for his work on transgender representation in the media. He received a BA from Hampshire College and an MFA from CalArts. He just wrapped his feature film, Adam, produced by James Schamus and Howard Gertler, which premiered at the Sundance 2019 Film Festival.

You can find more details about this event on our Events page.

This seminar will use pornography—and claims about it—to approach whole clusters of issues that are crucial for thinking not only about what sexuality is and how it operates, but also what media and technology are, what roles they play in our lives, and what roles we want them to play in our lives.

One of the overarching concerns of this class will be media pornography’s complex status as historical evidence. In pornography and in discussions of it, human beings have created a remarkable archive of materials that almost obsessively document all manner of social, cultural, intellectual, political, aesthetic, moral, and even biological change and upheaval. Very important rifts about such shifts are also recorded there. In fact, certain aspects of these contestations are not really documented elsewhere, and some are not really documented elsewhere with equivalent accessibility.

In part so that we can thoroughly explore some of the more specific complications that are wrapped up in that overarching concern, this course will be fundamentally interdisciplinary. I use this word in its strictest, most technical, and most extreme senses. Various sorts of knowledge, counter-knowledge, emotion, pleasure, danger, harm, rumination, critique, and so forth can be seen in pornography and its histories if you know how to see them there. But distinct disciplines and fields invent and advocate very different techniques for looking into such a phenomenon. They can therefore lead us to see, and to not see, essentially different things in it. Reflection upon various involved formations of thought and practice is especially necessary where this topic is concerned, since it now seems that arguments about it at certain points in time may have had as much to do with this as anything else. Even beyond Aesthetics, Art, Cinema, Computing, Economics, Ethics, Gender Studies, Information Studies, Journalism, Law, Marketing, Mass Communication Research, Medicine, Psychoanalysis, and Public Health–not to mention, say, something like Sexology–the list of seemingly crucial ones continues to go on and on.

However, the constantly changing gaps and fissures between such institutional and popular formations of thought might be even more important. This is the “dark matter” or “white space” from which the future largely emerges, and where the differential assumptions, tenets, facts, findings, and phantasies attached to reigning forms for knowledge and experience contradict one another and partially cancel each other out. In the process, newer configurations, as well as newer aporias, are also partly produced “there.” These conflicts, contradictions, and negations seem especially important in the workings of pornography. And approaches that take such aporias as primary can be especially helpful in explaining its encircling confusions, ambiguities and ambivalences as well as the brands of certainty that get more or less ephemerally attached to all that we think we know and feel about it. Furthermore, such approaches can offer dynamic modes and models of the kinds of analytical precision, acuity, and creativity that cannot at times be produced from more squarely within purportedly separate and autonomous divisions of the humanities, the social sciences, the sciences, and the schools of professional knowledge.

Consistent with everything that both Sexuality Studies and Media/Technology Studies have to offer when they are taken as necessarily interdisciplinary areas of study in the great chaos of the contemporary, this seminar is designed for graduate students in any department or discipline. Students need only be willing to grapple with the sometimes-prohibitive opacities of Other intellectual traditions and their modi operandi, and to be sometimes seriously frustrated in their attempts to sort through and decipher the entailed norms, values, eloquences, and silences.

Main assignment: draft of an interesting and eventually publishable article for an academic publication, 25-30 pages before notes and references.

Talk Description: Professor Kahan will speak about the visual artist Ray Johnson and his “S/M” poetics. A collagist and performance artist, Johnson was founder of the mail art network, the New York Correspondence School.

Lunch will be served.  RSVP’s are appreciated but not required.

We look forward to seeing you there!